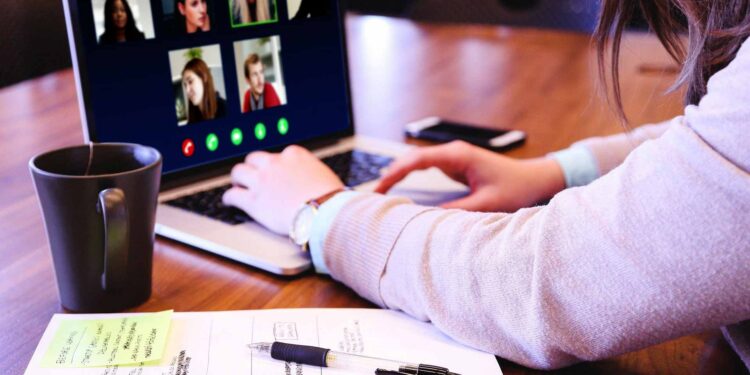 The UN’s labour agency (ILO) called for greater recognition and protection for the hundreds of millions of people who work from home. Almost eight per cent of the global workforce work from home even before the COVID-19 pandemic.

Since movement restrictions linked to the global spread of the virus were implement in many countries, the number of people working from home has increased sharply, and that trend is expected to continue in coming years, despite the rollout of vaccines that began in late 2020.

According to ILO estimates, prior to COVID-19, there were approximately 260 million home-based workers globally, representing 7.9 per cent of global employment. However, in the first few months of the pandemic, an estimated one-in-five workers found themselves working from home. Data for the whole of 2020, once available, is expected to show a “substantial increase” over the previous year, said the agency.

The ILO predicts that the growth of homeworking is likely to continue and take on greater importance in the coming years, bringing renewed urgency to the need to address the issues facing homeworkers and their employers.

Home based Telework in Europe

Telework has reached a tipping point as more and more companies and institutions have introduced this work arrangement in an effort to keep their employees safe, while ensuring the continued delivery of critical services. Yet, differences in prior telework experience, home-based workers and other factors make the transition more challenging for some workers, employers and EU countries than for others.

High-skilled professionals and managers in knowledge-intensive activities were already quite used to working from home, as they do most of their work on computers and enjoy high degrees of autonomy. In contrast, occupations such as customer services clerks, keyboard clerks, and junior professionals had much lower access to telework, despite an often similarly intensive use of computers at work, as a closer monitoring and supervision of their performance leaves them with less autonomy over their working time and place.

Those disparities in access to telework add to existing dimensions of income inequality and the pandemic only exacerbates the divide between those who can easily transition to working from home and those who cannot. From a national perspective, reports found large differences in the pre-outbreak telework prevalence and growth across EU Member States. Countries in Northern Europe showed the largest growth in the prevalence of telework over the past decade, albeit sizable increases also took place in other Member States, notably in Portugal, Estonia, and Slovenia.

Differences in industrial structures are a decisive factor, but also differences within sectors, the distribution of employment by company size, the rate of self-employment and of course workers’ digital skills come into play to explain the varying prevalence of telework across EU countries.

While there are still no precise figures on the scale of teleworking during the COVID crisis, there are some early estimations that suggest a much larger prevalence than before the crisis. An ad hoc online survey from Eurofound (2020) estimated that close to 40% of those currently working in the EU began to telework fulltime as a result of the pandemic.

For comparison, before the outbreak just 15% of the employed in the EU teleworked regularly or occasionally. A recent JRC study took a different approach and provided a rough estimation of approximately 26% of employment in sectors in which the physical presence of workers is not essential for maintaining activity, and thus are likely to be teleworking in the context of the COVID crisis (especially during the confinement periods).

Law for people who work from home

Ultimately, the spread of telework in the longer-term will depend on a broad range of factors, including its effect on productivity and working conditions, as well as its contribution to broader policy objectives such as Europe’s digital and green transitions. Evidence suggests that in normal times people working from home can sustain, or even enhance, their productivity, while enjoying a better work-life balance.

Yet, under the current exceptional circumstances productivity, working conditions, or both, may be deteriorating for many workers due to, among other problems, lack of childcare, unsuitable working spaces and ICT tools. Policies to support the transition to more widespread remote work will need to carefully consider the potential benefits and costs for productivity, job quality, and workers’ work-life balance and mental health.

Drop in wages in rich and poor countries

According to a new ILO report, many of these “invisible” workers experience poor working conditions, face greater health and safety risks, and lack access to training, which can affect their career prospects. They are also likely to earn less than their counterparts who work outside the home, even in higher-skilled professions.

Homeworkers include teleworkers who work remotely on a continual basis, and a vast number of workers who are involved in the production of goods that cannot be automated, such as embroidery, handicrafts, and electronic assembly. A third category, digital platform workers, provide services, such as processing insurance claims, copy-editing, or cutting edge specializations such as data annotation for the training of artificial intelligence systems.

At the same time, homeworking is often poorly regulated, with little compliance with existing laws, and homeworkers usually classified as independent contractors. This means that home-based workers are excluded from the scope of labour legislation. In response, ILO outlined clear recommendations to make working from home “more visible and thus better protected”.

Industrial homeworkers should be made part of the formal economy, given legal and social protection, and made aware of their rights, ILO urged. Similarly, teleworkers should have a “right to disconnect”, to ensure the boundaries between working life and private life are respected.

The report also urges governments to work closely with workers’ and employers’ organizations, to ensure that all homeworkers move from invisibility to decent work, “whether they are weaving rattan in Indonesia, making shea butter in Ghana, tagging photos in Egypt, sewing masks in Uruguay, or teleworking in France”.