Are Albania and North Macedonia compatible with EU membership? 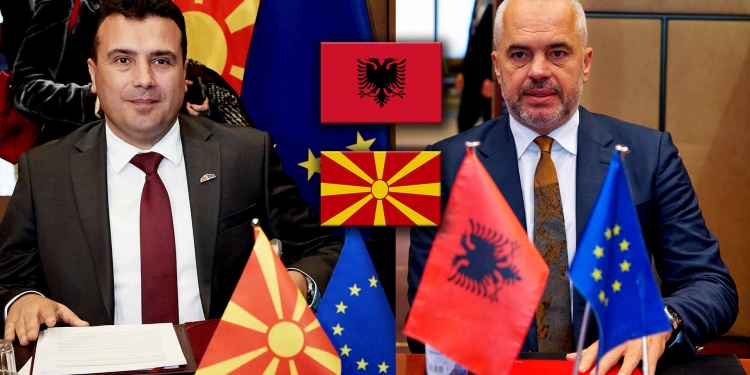 Presidents Tusk, Sassoli, Juncker and President-elect Von der Leyen are positive on the opening of accession talks with North Macedonia and Albania. They agreed to reach a clear and substantive decision on the start of accession talks. They call this decision also a test of the Union’s ability to deliver on its promises and look to the future.

We believe that now is the time to open accession talks with both North Macedonia and Albania.
Read my joint letter with @EP_President Sassoli @JunckerEU @vonderleyen: https://t.co/YQooypO8Yc

North Macedonia and Albania did what we asked them to do. Achieving that required a significant effort from their citizens, for whom the European perspective has been a great source of motivation and determination.

The Republic of Albania has been an official candidate for accession to the European Union since June 2014.

Albania applied for European Union membership on 28 April 2009, and has since June 2014 been an official candidate for accession to the EU, and is on the current agenda for future enlargement of the EU. Albania is currently receiving €1.2bn of developmental aid until 2020 from the Instrument for Pre-Accession Assistance, a funding mechanism for EU candidate countries.

Officially recognised by the EU as a “potential candidate country” in 2000, Albania started negotiations on a Stabilisation and Association Agreement (SAA) in 2003. This was successfully agreed and signed on 12 June 2006, thus completing the first major step toward Albania’s full membership in the EU. Albania applied for European Union membership on 28 April 2009.

On 23 June 2014, under the Greek EU Presidency, the Council of the European Union agreed to grant Albania candidate status, which was endorsed by the European Council a few days later.

In May 2019, European Commissioner Johannes Hahn recommended that the EU open membership talks with Albania. On 1 June 2019, the Council set out the path to opening accession negotiations, with talks thought to begin shortly thereafter.

Albania is given certain pre-conditions for starting the accession negotiations, such as passing reforms in the justice system, a new electoral law, opening trials for corrupt judges and the respect of human rights for its Greek minority.

accession of North Macedonia (formerly F.Y.R.O.M. the former Yugoslav Republic of Macedonia) to the European Union has been on the current agenda since 2005. Accession negotiations have not yet begun but are expected to start 15 October 2019. North Macedonia submitted its membership application in 2004, thirteen years after its independence from Yugoslavia.

A major obstacle for the accession process was the Republic’s unresolved objection by Greece over its name, as it argued that it implied territorial ambitions towards Greece’s own northern province of Macedonia. While the country preferred to be called by its constitutional name, Republic of Macedonia, the European Union, in acknowledgment of concerns raised by Greece, maintained a practice of recognising it only as the “former Yugoslav Republic of Macedonia”, a compromise of “provisional reference” introduced by the United Nations in 1993. Greece, as any other EU country, has veto power against new accessions, and blocked Macedonian accession due to the naming dispute.

North Macedonia is currently in the process of acceding to the North Atlantic Treaty Organization (NATO) as a member state. In 1995, the country joined the Partnership for Peace.

EU Membership will not happen overnight!

EU leaders mention that membership will not happen overnight. Both countries are aware of this. In parallel, EU cooperation will have to deepen to go along with the widening, in the mutual interest of European and candidate countries’ citizens.

Are Albania and North Macedonia compatible with EU membership?
Do they follow the core values of the European Union?
Are things going in the wrong direction in Balkans?

Which country should join next?