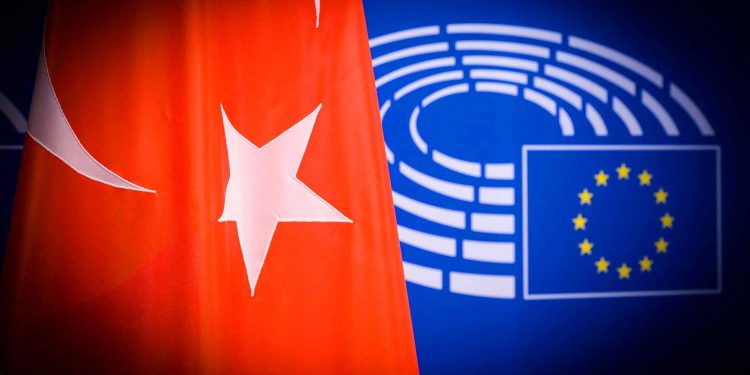 EU-Turkey relations have deteriorated to such an extent that the EU needs to profoundly reassess them, MEPs say in a report adopted in Brussels. In recent years, the Government of Turkey has distanced itself increasingly from EU values and standards. As a result, relations have been brought to a historic low point, warn MEPs, who are particularly concerned about the state of the rule of law and respect for fundamental rights.

In the report adopted on Wednesday, they insist that if Turkey does not reverse this current negative trend, the Commission should recommend that the accession negotiations be formally suspended.

Backsliding on the rule of law and fundamental rights

In recent years, EU-Turkey relations were strained due to a multitude of factors, notably:

Criticising Turkey’s regressive institutional reforms, they are alarmed by the “authoritarian interpretation of the presidential system”, pointing to the lack of independence of the judiciary and “continued hyper-centralisation of power in the presidency”. MEPs call on Turkey’s relevant authorities to release all imprisoned human rights defenders, journalists, lawyers, academics and others who have been detained by the government on unsubstantiated charges.

The targeting of political parties and media and other recent moves undermining freedom of expression and freedom of association represent major setbacks and run counter to Turkey’s obligations. Turkey’s withdrawal from the Istanbul Convention is a major disappointment and its failure to implement the legally binding rulings of the European Court of Human Rights, including those on Mr. Demirtaş and Mr. Kavala, is troubling.

MEPs are also worried about Turkey’s hostile foreign policy, including towards Greece and Cyprus, as well its involvement in Syria, Libya, and Nagorno-Karabakh, which consistently collides with the EU’s priorities. They also repeat their encouragement to Turkey to recognise the Armenian Genocide, which would pave the way for a genuine reconciliation between the Turkish and Armenian peoples.

Reaffirming their conviction that Turkey is a key partner for stability in the wider region, MEPs acknowledge the EU’s ongoing diplomatic efforts for a true and effective dialogue with the country.

The report recalls that Turkey still plays an important role as host to almost 4 million refugees, of which approximately 3.6 million are Syrian, noting that the challenges in addressing this crisis have increased due to the COVID-19 pandemic. It commends these efforts and encourages the EU to continue to give the necessary support to Syrian refugees and to host communities in Turkey. They emphasise though that the use of migrants and refugees as a tool for political leverage, and blackmail cannot be accepted.

On migration, our cooperation has allowed irregular migration flows to fall significantly in recent years. The EU-Turkey statement remains the key framework for our cooperation in this area. We recognise the immense burden shouldered by Turkey in hosting the largest refugee population in the world. In this context, the Commission will soon propose options for continuing the EU support provided under the Facility for Refugees. At the same time, it is important for Turkey to resume returns of irregular migrants from Greece to Turkey without delay, and avoid the opening of alternative routes as well as to further reduce arrivals of irregular migrants to Cyprus.

Finally, MEPs stress that within Turkey there exists a diverse and engaged civil society, one of the few remaining checks on government power. They urge the Commission to continue to support Turkish civil society organisations financially.

The rapporteur Nacho Sánchez Amor (S&D, ES).said: “This report is probably the toughest yet in its criticism of the situation in Turkey. It reflects all that has unfortunately happened in the country in the last two years, in particular in the fields of human rights and rule of law, which remain the main concern for the European Parliament, and in its relations towards the EU and its members. We hope Turkey will definitively change course and put recent expressions of good will into concrete action. We urge the other EU institutions to make any positive agenda they might pursue with Turkey conditional upon democratic reform.”

The plenary session of the European Parliament warns that relations with the Ankara Government have reached their lowest point and must be reassessed. The European Parliament is still in favor of keeping, for the moment, the door open to Turkey in its process of accession to the European Union but warns the Tayyip Erdogan. Commissioner Olivér Várhelyi said: “We hope that Turkey will seize the opportunity offered by EU leaders and demonstrate its readiness to change its course and set up the basis for a new relation with the EU. Should this not be the case, and should Turkey reverse its more constructive stance of recent months, the EU is ready to use all instruments and options to defend the EU’s interests”.

The report was adopted on Wednesday by 480 votes in favour, 64 against and 150 abstentions.