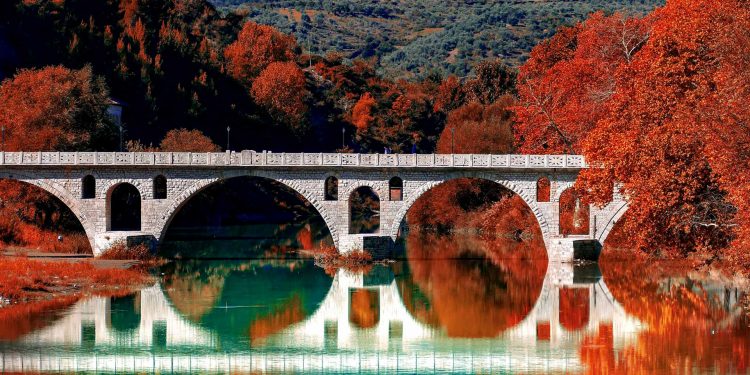 In the week of 26 April, leaders from EU and the Western Balkans held several meetings confirming their mutual strong relations and shared future goal of European integration. The Western Balkan partners are at the heart of Europe. They are geographically surrounded by EU Member States and as High Representative / Vice-President Josep Borrell said “the European Union is completely committed to the European perspective of the entire Western Balkans”.

Promoting security, prosperity and freedom across the whole of the European continent is a task the EU and the region share. EU representatives stressed that the Union and the region need to advance together.

The EU has stood firmly with the Western Balkans in combatting COVID-19 since its outbreak. The EU has provided very substantial health and emergency assistance and it is now delivering vaccines. The Western Balkans partners have had privileged access to a number of initiatives normally reserved for Member States. As High Representative/Vice-President Borrell highlighted at the press conference with Prime Minister of Kosovo, Albin Kurti: “The EU will also continue to support in the fight against the coronavirus and in the economic recovery to overcome this pandemic together.”

The EU has also mobilised unprecedented resources for the Western Balkans’ economic recovery, to support connected, green, and people-focused growth, benefiting the region and Europe as a whole.

A common future ahead

Reforms are key for the European path, but even more importantly, they are crucial to improve how the countries deliver to their citizens and so directly benefit the people of the region. Full membership requires effective political and economic governance, the highest standards of adherence to the rule of law, promoting media freedom and a vibrant civil society.

As High Representative/Vice-President Borrell said at the press conference with Serbian President Aleksandar Vučić: “The accession negotiations can be more dynamic. But this can only happen if there is more progress on reforms and on their implementation.”

Cooperation within the region is key as it strengthens connections between people and between businesses. Following his meeting with President of North Macedonia Stevo Pendarovski HRVP Borrell stressed “regional cooperation helps unlock economic potential and prepare the region for EU membership.”

Normalisation of Kosovo-Serbia relations a precondition for their EU accession

The rejection of hate and divisive rhetoric and work to promote dialogue, cooperation and reconciliation are essential for the EU path. The High Representative/Vice-President stressed to the members of the Presidency of Bosnia and Herzegovina, Milorad Dodik, Šefik Džaferović, and Željko Komšić that to move towards the European Union the region must overcome the legacies of the past and promote reconciliation.

The EU will continue to engage in discussions on reinforced relations with the Western Balkans at the upcoming 10 May Foreign Affairs Council.

Albania, Kosovo, North Macedonia and Serbia need to continue focusing on fundamental reforms, say MEPs in resolutions adopted on 25/03/2021. In their reports assessing the progress made by Albania, Kosovo, North Macedonia and Serbia in the last two years, MEPs warn that advancement by these countries towards joining the EU depends on lasting, in-depth and irreversible reforms across fundamental areas such as the rule of law and the effective functioning of democratic institutions.

MEPs also stress the importance of stepping up the fight against corruption and organised crime, along with good neighbourly relations and regional cooperation.

MEPs welcome Albania’s clear strategic orientation and commitment to the country’s EU integration and call for the formal start of accession negotiations without any further delay, following the complete fulfilment of the conditions set by the European Council. They underline that the Albanian general elections on 25 April 2021 will be key for the consolidation and renewal of Albania’s democratic process, with MEPs warning that free and fair elections are fundamental to the EU integration process.

The report adopted by 581 votes in favour, 61 against and 45 abstentions.

MEPs urge the Kosovar and Serbian governments to refrain from any action that could undermine trust between the respective parties. Noting that five EU member states have not yet recognised Kosovo, MEPs reiterate their call for them to do so, stressing that Kosovo’s independence is irreversible. Recognition by these remaining EU member states, MEPs argue, would be beneficial to the normalisation of relations between Kosovo and Serbia, would enhance and consolidate the stability of the region, and would facilitate the EU integration of both states. MEPs also call on the Council to urgently proceed with the adoption of a visa-free regime for the citizens of Kosovo.

On North Macedonia, MEPs state the country has made consistent progress and is maintaining a steady pace in adopting EU reforms. As a result, they call for the EU to hold a first intergovernmental conference with North Macedonia – which would mark the formal start of accession negotiations – as soon as possible. MEPs regret that Bulgaria and North Macedonia have yet to come to an understanding on outstanding bilateral issues and encourage them to reach a compromise over an action plan of concrete measures to resolve this impasse. Their previous recommendations regarding discrimination against citizens who openly express their Bulgarian identity and/or ethnic background have not been implemented, they note.

The report adopted by 558 votes in favour, 70 against and 59 abstentions.

MEPs warn that the normalisation of relations by Serbia with Kosovo, and the genuine respect of fundamental rights domestically, is essential to determining the pace of accession negotiations. They also expresses concern about the effective functioning of Serbia’s new parliament. There is no parliamentary opposition, and the legitimacy of which is challenged by opposition parties. MEPs reiterate the importance of alignment with the EU common foreign and security policy. Serbia’s rate of alignment is currently the lowest in the region. MEPs welcome the progress Serbia has made in developing a functional market economy and encourage the Serbian government to continue its structural reforms in this area.

The report adopted by 538 votes in favour, 69 against and 79 abstentions.