Belarus: violence must stop and regime must change 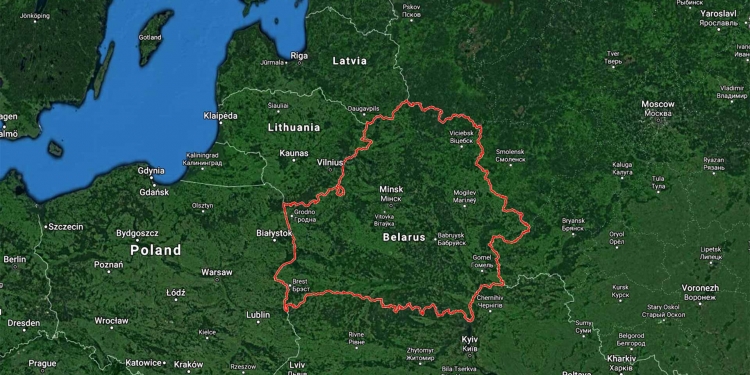 The situation in Belarus has become a matter of grave concern. After last Sunday’s Presidential elections, Alexander Lukashenko and the Belarussian authorities must stop the repression against the Belarus people and open negotiations with the wider society.

Over the last months, the Belarusians have clearly shown that they long for democracy and respect for human rights. A substantial political change is a precondition for further development of the relations between the EU and Belarus.

Europe wants mutually beneficial relations with Eastern neighbours
After the Cold War, which divided Europeans for more than forty years, and the period of instability following the break-up of the former USSR, the development of mutually beneficial relations with our Eastern neighbours has been a major objective of the European foreign policy. For eleven years now, the Union has been engaged in an ambitious Eastern Partnership with six countries of the region, including Belarus.

“We need additional sanctions against those who violated democratic values or abused human rights in Belarus,” said President of the European Commission Ursula von der Leyen ahead of the EU Foreign Ministers video conference on 14 August on Twitter.

“I am confident today’s EU Foreign Ministers’ discussion will demonstrate our strong support for the rights of the people in Belarus to fundamental freedoms and democracy,” she added. Belarus is facing one of the biggest political crises in its post-Soviet history, after its presidential election triggered widespread protests.

With its 9.5 million inhabitants, Belarus, which is a direct neighbour of Poland, Latvia and Lithuania, is a key element of our neighbourhood policy. However, relations between the European Union and this landlocked country can only develop fully when fundamental human rights and the basic rules of democracy are respected. Unfortunately, this has too often not been the case until now.

Direct neighbour of Poland, Latvia and Lithuania, Belarus is a key element of our Eastern Partnership

Alexander Lukashenko came to power in Belarus in 1994 when the country became independent for the first time in history. In the following years, fundamental freedoms and democratic principles were openly ignored and violated. This led the EU to take restrictive measures against the regime after the 2010 elections.

A more positive path since 2015

However, in 2014 and 2015, the Belarusian authorities played a constructive role in the Ukrainian crisis by refusing to endorse sanctions imposed by Russia on Ukraine and facilitating the conclusion of the so-called Minsk I and Minsk II agreements. The subsequent release of political prisoners in August 2015 then enabled the Union to lift most of the restrictive measures in place. Since, we witnessed a more positive path in our relations and Belarus became a more active participant of the Eastern Partnership.

The European Union launched a package of economic support and cooperation measures, in particular through the European Investment Bank (EIB) and the European Bank for Reconstruction and Development (EBRD). We also helped the country to prepare for becoming a member of the World Trade Organisation (WTO). Between 2014 and 2020, more than 170 million euros have been allocated to Belarus via the European Neighbourhood Instrument. Various exchange programmes for young people, researchers and professionals have been set up to increase people-to-people contacts. An agreement to facilitate access to EU visas for Belarusians entered in force this July. The last restrictive measures that were still in place were due to expire in February 2021.

Potential candidates were prevented to participate

Regrettably, in the last months, a gradual deterioration of the democratic process and rights took place in the run-up to the Presidential elections. Potential candidates were imprisoned or prevented to participate due to politically motivated restrictive measures. Repression had intensified against political opponents and independent media, bloggers and activists.

Contrary to previous polls, the authorities did not issue a timely invitation to the OSCE to send observers in order to monitor the election. We had repeatedly expressed our concerns about these abuses.

The hardening of the regime had been aggravated in recent weeks by the outbreak of COVID-19 and its far-reaching economic and social consequences. The pandemic hit the country particularly hard also because the Belarusian authorities did not take it seriously at the outset.

The deterioration in the political climate culminated in elections that were neither free nor fair. An outburst of repressive violence followed, when the people of Belarus courageously demonstrated their mistrust of the announced result and their desire for change.

That led to at least one dead, several wounded, the arbitrary detention of thousands of people, including journalists, and a crackdown on fundamental rights of expression including an internet blackout. Svetlana Tikhanovskaya, the most successful opposition candidate, who replaced her still imprisoned husband, was forced to take refuge in Lithuania.

As expressed in the statement I made on Tuesday on behalf of the Union and its Member States, we call strongly on the Belarusian authorities to put an end to the violence, to release all arbitrarily detained persons and to return without delay to the path of proper democratic and pluralist behaviour by opening dialogue with society.

Otherwise, we will have to reconsider our relations with Belarus and eventually take sanctions against those responsible for the violence, arbitrary arrests and falsification of election results. We will discuss this issue on Friday the 14th during the extraordinary Foreign Affair Council that I have summoned. We support of course the sovereignty and independence of Belarus, but we cannot develop our relations by ignoring blatant violations of human rights and political freedoms.

The EU is a value-based community: beyond the Belarus case, we stand everywhere for democracy and human rights. We need to prevent the undermining of those values; a trend we unfortunately observe in recent years in a growing number of countries.