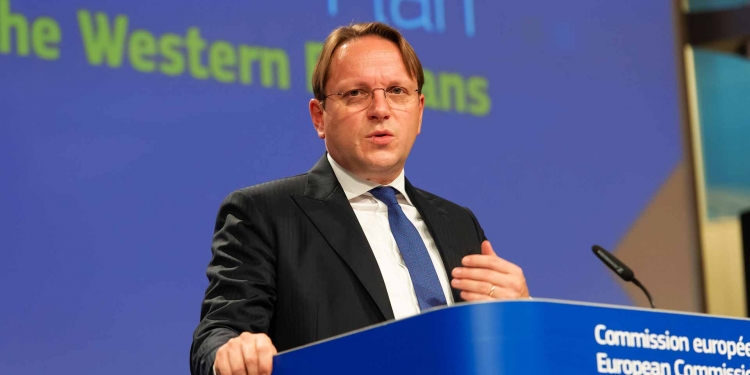 The EU is the biggest donor, trading partner and investor of the Western Balkans, in line with the European perspective of the whole region. Since the 1990s, the EU has contributed over €11 billion in grants and loans for the development of transport and energy infrastructure in the region, resulting in investments of almost €22 billion.

In the framework of the Connectivity Agenda in 2015, the EU pledged a further €1 billion by 2020, which is on target to trigger €4 billion in investments and create more than 45.000 jobs. Over 69.4% of the region’s total trade in 2019 was with the EU, making it its first trading partner, whilst EU companies are the first investors, accounting for approximately 65.5% of total foreign direct investment stock in the region in 2018.

The main aim of the Economic and Investment Plan is to spur the long-term economic recovery of the region and foster regional economic integration. We want to support a green and digital transition in the Western Balkans, the implementation of reforms required to move forward on the EU path, and bring the region closer to the EU Single Market. All of this should lead to sustained economic growth and job creation.

This Plan is all the more necessary as COVID-19 is having massive disrupting effects on the economies of the Western Balkans, which were already lagging behind in terms of economic convergence with the EU and face challenges from weak competitiveness, high unemployment and structural weaknesses.

In addition to the EU’s significant grant funding to the region, the EU can provide guarantees to help reduce the cost of financing for both public and private investments and to reduce the risk for investors. Support through the new Western Balkans Guarantee facility, under the EU External Action Guarantee and the European Fund for Sustainable Development Plus. This plan mobilises potentially investments of up to €20 billion in the next decade.

The investment package will be a key driver for facilitating increased public and private investments in the region by European and international financial institutions.

What are the 10 key flagship initiatives in the Western Balkans’ Plan?

The plan identifies ten investment flagship initiatives in key areas for economic development such as sustainable transport and energy connectivity, the green and digital transformation, strengthening the competitiveness of the private sector and support to health, education and social protection, including a youth guarantee to create job opportunities for young people.

In the context of the Green and Digital transition, the Commission will examine the costs, the benefits and the impacts of the following priority investment flagships and their corresponding project proposals with a view to take them forward actively and expediently.

The Commission also adopted today the 2020 Enlargement Package, its annual assessment of the implementation of fundamental reforms in the Western Balkan partners and Turkey. These assessments are accompanied by recommendations and guidance on these reform priorities, which remain at the heart of the EU accession process. The implementation of these reforms, in particular in the rule of law area, will be crucial for the success of this economic plan and fostering sustainable economic development in the region.

EU High Representative for Foreign Affairs and Security Policy/Vice-President of the European Commission, Josep Borrell, said: “The citizens of the Western Balkans are part of Europe and we have a shared interest in helping these six partners move forward on their EU path. With the Economic and Investment Plan, we are backing our Enlargement Package assessment with action, providing deep and strong support for economic recovery and reform – for a modern, greener and more prosperous Western Balkans delivering better to their citizens on the road to the EU.”

The Commission proposes to expand the “EU renovation wave” to the Western Balkans.

The building sector accounts for over 40% of total energy consumption in the Western Balkans. Renovating public and private buildings to meet minimal energy performance standards can make a very significant contribution to the reduction of greenhouse gas emissions, improve the living standards of citizens, as well as their health. A building renovation wave implemented with the help of the Energy Community will assist the Western Balkans in decarbonisation of public and private building stock, with a strong emphasis on digitalisation and taking into account energy poverty. The EU together with international financing institutions, will support the efforts of the Western Balkans partners to triple the current renovation rate and energy savings in existing buildings and achieving nearly-zero energy and emission standard in new buildings.

Presenting the new Plan, EU Commissioner for Neighbourhood and Enlargement, Olivér Várhelyi, commented: “Today we are presenting our Economic and Investment plan for the Western Balkans to boost the economic development and recovery of the region. We will mobilise up to €9 billion of funding for investment flagships in the areas of transport, energy, green and digital transition, to create sustainable growth and jobs. The Plan also offers a path for a successful regional economic integration to help accelerate convergence with the EU and close the development gap between our regions, ultimately speeding up the process of EU integration. This plan should help to transform the Western Balkans into one of the most attractive region for investments in the world. Implementation of course will need to go hand in hand with reforms.”

FLAGSHIP 9 – INVESTING IN THE COMPETITIVENESS OF THE PRIVATE SECTOR

The Youth Guarantee is an activation scheme to ensure that all young people receive a good quality offer of employment, continued education, apprenticeship or traineeship within a period of four months of becoming unemployed or leaving formal education.

Western Balkan governments implement the Youth Guarantee flagship in line with the EU Youth Guarantee. It will implement it in four phases, which could all potentially benefit from EU support.

What is the link between this Plan and the Enlargement reports?

The Enlargement package provides a very comprehensive assessment of the progress of the region towards the European Union and gives clear recommendations to the authorities on where there are still gaps to meet the EU’s accession criteria. The reports will be a very useful tool for the governments to focus their reform efforts in the year ahead. At the same time, the Economic Investment Plan will provide the region the EU’s financial support to foster the much-needed economic growth to ensure convergence with the EU’s economic criteria and improved living conditions for the citizens of the region.

The plan provides a unique combination of three strands: first the substantive funding that the European Union will provide to swiftly deliver on key priority investments that have been proposed by the authorities and have high impact for the whole region; second: the firm commitment of the partners to accelerate the reforms needed to consolidate conducive conditions for economic growth and third: the engagement of the whole region to establish an economic market that will make the region more attractive for investors from the region, the EU and abroad.

S&Ds welcome Investment Plan for Western Balkans, but warn no shortcut on democracy and the rule of law

Socialists and Democrats welcome the proposal on an Economic and Investment Plan for the Western Balkans, adopted today by the European Commission, together with the annual enlargement progress reports. Nevertheless, they insist that all countries in the region must implement fundamental reforms to safeguard the rule of law, judiciary, freedom of media and corruption. These reforms must be the main precondition for the disbursement of funds to public authorities under the Investment Plan. The S&Ds will not compromise on European values, both in the case of current member states, and countries wishing to join the EU.

“In Serbia, as the Commission’s report states, the newly constituted Serbian parliament is marked by the overwhelming majority of the ruling coalition. It was elected by the governing party’s overwhelming advantage and the promotion of government policies by most major media outlets. In our view, the Parliament in Serbia has lost its role as a legislative body that represents the whole of Serbian society.

“In Albania, the political dialogue needs to be enhanced and we encourage all relevant actors, both political and belonging to the civil society, to stay focused on implementing the necessary reforms for the country to progress on the path of EU integration.