Defence: Is the EU ready for a European army? 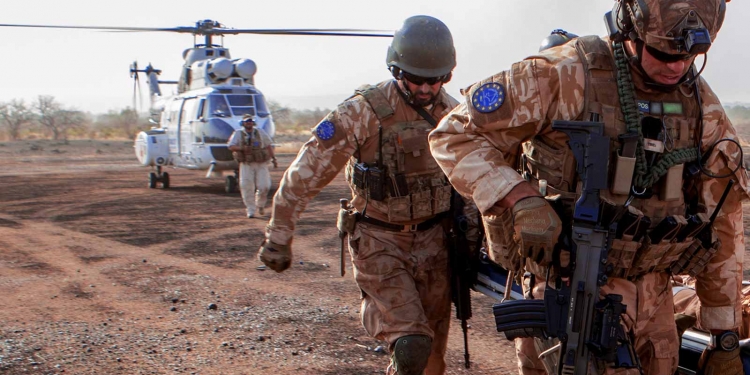 Today a European army is far from a final deal. For the first time in decades, a window exists for Europe to take care of its own defence. The main problem comes down to different views of the European project. This is a problem. The formation of a European army is a common EU defence need, as the withdrawal of the U.S. empire from the continent.

Why do we need a European Army?

Since 2016, there has been significant progress in the area of EU security and defence with several concrete EU initiatives to encourage cooperation and reinforce Europe’s capacity to defend itself.

Before every action comes the inspiration for it. So, what inspired the President of the French Republic and the German Chancellor to make a joint proclamation in November 2018 on the need for a European army, and then the Spanish head of government to join them a few weeks later? Did all three suddenly take leave of their senses?

EU leaders realise that no EU country can tackle the current security threats in isolation. For example French President Macron called for a joint European military project in 2017, while German chancellor Merkel said “we ought to work on the vision of one day establishing a proper European army” in her address to the European Parliament in November 2018. Moving towards a security and defence union has been one of the priorities of the Juncker Commission.

Is it time for an EU Army?

While there is no EU army and defence remains exclusively a matter for member states, the EU has recently taken big steps to boost defence cooperation. The European army will be a largely meaningless project. A common EU defense policy is needed to be articulated to command the new European army. Unfortunately defence policy would have to be subordinate to EU foreign policy, and therefore also weak, dysfunctional, and fragmented.

Europeans expect the EU to guarantee security and peace. Three quarters (75%) are in favour of a common EU defence and security policy according to a special Eurobarometer on security and defence in 2017 and a majority (55%) were in favour of creating an EU army. More recently 68% of Europeans said they would like the EU to do more on defence (March 2018 Eurobarometer survey).

Apart from practical challenges, the EU needs to reconcile different traditions and different strategic cultures. The EU Parliament believes that an EU white paper on defence would be a useful way to do it and underpin the development of a future EU defence policy.

A common EU defence policy is provided for by the Treaty of Lisbon (Article 42(2) TEU). However, the treaty also clearly states the importance of national defence policy, including NATO membership or neutrality.

In recent years, the EU has begun to implement ambitious initiatives to provide more resources, stimulate efficiency, facilitate cooperation and support the development of capabilities:

Permanent Structured Cooperation (PESCO) was launched in December 2017, and 25 EU countries are participating as of June 2019. It currently operates on the basis of 34 concrete projects with binding commitments including a European Medical Command, Maritime Surveillance System, mutual assistance for cyber-security and rapid response teams, and a Joint EU intelligence school.

The European Defence Fund (EDF) was launched in June 2017. It is the first time the EU budget is used to co-fund defence cooperation and the fund should be part of the EU’s next long-term budget (2021-2027). EDF will complement national investments and provide both practical and financial incentives for collaborative research, joint development and acquisition of defence equipment and technology.

The E.U.’s next seven-year budget has €20 billion earmarked for defense overall. That spending includes €13 billion for the European Defence Fund to cover the E.U.’s 2021-2027 financial period, proposed by the European Commission last June and approved by the Parliament earlier this month.

EU strengthened cooperation with NATO in 74 areas including cybersecurity, joint exercises and counter-terrorism. A plan to facilitate military mobility within and across the EU to make it possible for military personnel and equipment to act faster in response to crises.

Making the financing of civilian and military missions and operations more effective. The EU currently has 16 such missions on three continents, with a wide range of mandates and deploying more than 6,000 civilian and military personnel. Since June 2017 there is a new command and control structure (MPCC) to improve the EU’s crisis management.

By contrast, even if NATO has strengthened its conventional deterrent capability, it remains largely unqualified to respond to hybrid, diffuse threats.

This is not an army against NATO, it can be a good complement to NATO.
Angela Merkel Chancellor of Germany

WHY THE EU NEEDS A COMMON ARMY?

In the past years, the possibilities for EU Member States to cooperate in the field of foreign and security policy have been extended significantly. In some cases, Member States jointly sent soldiers and experts abroad on a mission. A true European army, like the German Bundeswehr, does not exist on the EU level. But that’s exactly what JEF is calling for, so that the EU can act faster and more efficiently.

Historically, we have seen some slow changes in the field of European foreign policy. In recent years we have had some good examples of a coordinated, common approach to Foreign Policy issues under the leadership of Federica Mogherini. Without a doubt, one of her main achievements was, the Nuclear deal with Iran. A perfect example of how a unison European voice can influence the world for the better. However, in the case of Ukraine, the analysis is a bit different.

We must become more European. I see many areas where NATO is not in demand, for example, the whole Africa topic.
Ursula von der Leyen

Italy’s government said last week that it is ready to join a European military coalition to react to crises near the continent’s borders. It described the European Intervention Initiative as “an innovative approach to cooperation in defense, inspired by the ideas of political interoperability and strategic anticipation.”

The idea behind EI2 is to develop the capability to rapidly deploy on joint military operations, civilian evacuations, or disaster relief.

Belgium, Denmark, Estonia, Finland, Germany, the Netherlands, Portugal, Spain and the United Kingdom have signed up to the French-led initiative.

The European Intervention Initiative (EI2) is a joint military project between 12 European countries.It is an initiative outside of existing structures, such as the North Atlantic Treaty Organization (NATO) and the European Union’s (EU) defence arm. EI2 is planned to operate a “light” permanent secretariat based on the network of military liaison officers with the French defence ministry.

EU tensions with the United States

The drive to increase European defense funding has caused some tensions with Washington – White House. Officials fear U.S. defense companies may be shut out of E.U. projects.

Is Europe finally ready for an army?

Demands for it are getting louder than ever.

Europeans are under great pressure. Major crises are driving this push for a European military. That is why it must be taken seriously, despite all past failed rhetoric. Terrorist attacks, the migrant crisis, Russia’s increasing aggression—none of these are going away.