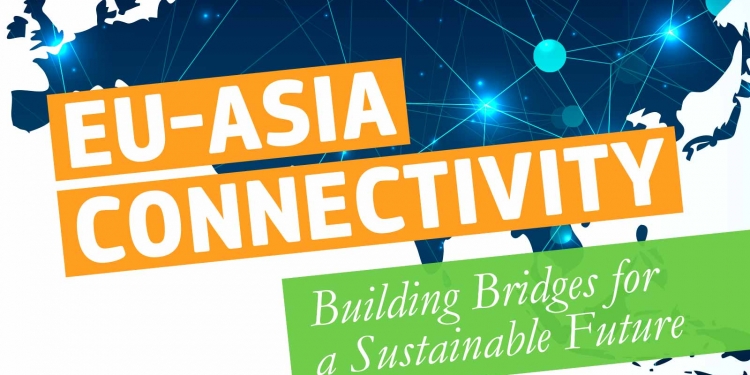 Europe and Asia have never been so close. Our economies are interconnected; our cultures are interconnected; and our security is connected: we face the same challenges, we confront similar threats, and we share an interest in preserving peace in our regions and international cooperation on a global scale.

EU cooperation with Asia, a region of diverse incomes, is at country and regional levels. The bulk of EU funding is allocated to assist sustainable development of the poorest countries including Bangladesh, Cambodia, Laos, Mongolia and Myanmar/Burma.

The EU is supporting trade liberalisation and integration spearheaded by regional organisations. In areas such as the environment, energy, climate change and higher education, cooperation with the EU is spreading know-how and informing policies region-wide. Assistance to those uprooted and displaced by natural disasters or conflict are other areas of EU support.

This event builds on the recent European Commission Communication Connecting Europe and Asia: Building Blocks for an EU Strategy. It is a first concrete manifestation of facilitating much deeper ties between Europe and Asia in promoting shared values and joint interests: from upholding the rules-based, multilateral order and developing high standards for digital and physical infrastructure, to embracing sustainability and clean technologies.

In a mix of keynote addresses by high-ranking political leaders and interactive panels, speakers will explore connectivity as a global megatrend, and extrapolate what it means for the EU-Asia relationship as well as the wider world. In particular, connectivity will be examined through various angles, from geopolitics and economics to standards and finance.

Bruno Maçães
Author of “The Dawn of Eurasia” and “Belt and Road”,
Non-Resident Senior Fellow at Chongyang Institute for Financial Studies at Renmin University of China (RDCY) and Hudson Institute

Programme and other information