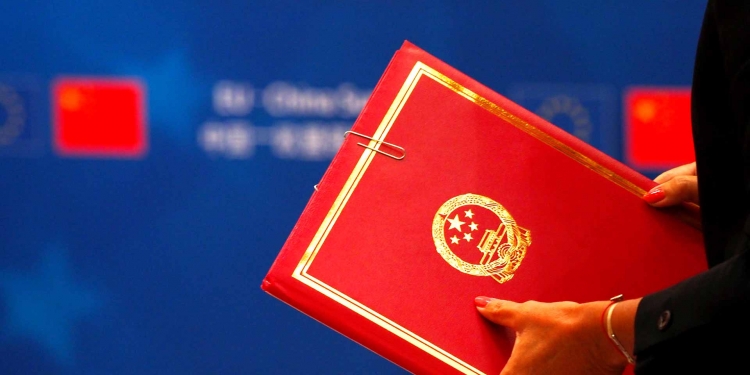 EU continues opening up export markets for European firms. EU and China signed a bilateral agreement to protect 100 European Geographical Indications (GI) in China and 100 Chinese GI in the EU. EU signs agreement with China to protect against imitations and usurpation.

This agreement is expected to result in reciprocal trade benefits and demand for high-quality products on both sides. Delivering on the commitment made at the last EU-China Summit in April 2019, this agreement is a concrete example of cooperation between the European Union and the People’s Republic of China. It reflects the openness and adherence of both sides to international rules as a basis for trade relations while US-China cold war and rising protectionism could split world order.

The world’s largest economies, particularly the EU, China, the US, Mexico and Canada, are all projected to suffer economically from the re-emergence of economic protectionism, and a significant increase in trade tariffs. In the case of the EU, the bloc would experience a 1% contraction in GDP, a 0.3% lower rate of employment, and a 1.1% decrease in imports by 2030, compared to a ‘no new tariffs’ baseline scenario. This analysis is based on a global macro-economic model run by Cambridge Econometrics and Eurofound’s European Jobs Monitor.

EU, China, US will suffer economically from the re-emergence of protectionism.
Future of manufacturing in Europe

The projections detailed in the report are modelled on a basis that there would be significant tariff hikes between NAFTA countries. That there would be a 25 percentage-point increase in US tariffs on imports from China across all manufactured and agricultural goods. In addition, there would be reciprocal tariffs implemented by China, and that a similar tariffs regime comes into effect between the US and the EU.

The Chinese market is a high-growth potential market for European food and drinks, with a growing middle class with a taste for iconic, high-quality and genuine European products. It also has a well-established geographical indication system of its own, with specialties that European consumers could now further discover thanks to this agreement.

Member of the EC in charge of Agriculture and Rural Development

Agriculture and rural development Commissioner Phil Hogan said: “European Geographical Indication products are renowned across the world for their quality. Consumers are willing to pay a higher price, trusting the origin and authenticity of these products, while further rewarding farmers. This agreement shows our commitment to working closely with our global trading partners such as China. It is a win for both parties, strengthening our trading relationship, benefitting our agricultural and food sectors, and consumers on both sides.”

Following the conclusion of the negotiations, the agreement will now go through legal scrutiny. On the EU side, the European Parliament and the Council will then be asked to give their approval. The agreement is expected to enter into force before the end of 2020.

Four years after its entry into force, the scope of the agreement will expand to cover an additional 175 GI names from both sides. These names will have to follow the same registration procedure than the 100 names already covered by the agreement (i.e assessment and publication for comments).

The EU’s efforts to enforce the existing international trade rules are providing clear results. Intervening in close collaboration with EU Member States and businesses under the EU’s enhanced Market Access Strategy, the Commission has eliminated last year as much as 35 trade barriers, among others in China, Japan, India and Russia. These measures spanned across eight key EU export and investment sectors including agriculture and fisheries, cars, textiles and leather, wines and spirits, cosmetics, mineral products, aircraft parts and ICT equipment. Some of them also affected various sectors in a horizontal way.

Trade and investment barriers eliminated in 2018 included among others:

Are we moving forward a New G2? China and the EU?
Debating the EU-China relations!
“True Lies” or successful trade talks?