EU-Turkey: Anatomy of a difficult relationship 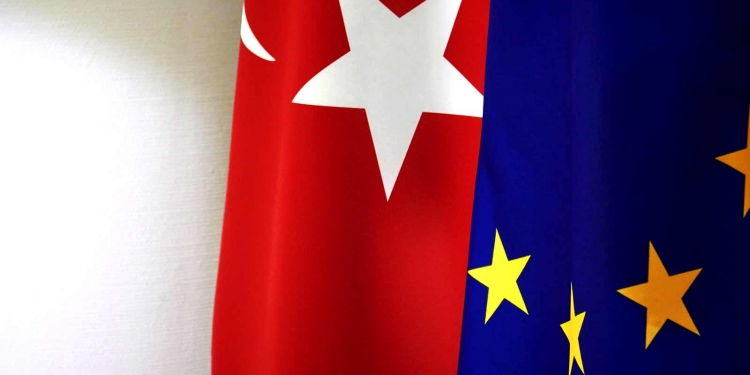 It’s a farce to continue these talks with President Erdoğan!
Kati PIRI (S&D, NL), rapporteur, on 2018 Commission Report on Turkey

It’s a farce to continue these talks with President Erdoğan!@KatiPiri explains why the European Parliament called for #Turkey‘s EU accession talks to be formally suspended ➜https://t.co/QYMtv99ZMP pic.twitter.com/0X0LodtcU3

In my view we should put an end to the negotiations and start a new strategic partnership.
Manfred Weber

A majority in the @Europarl_EN today voted against the termination of the enlargement negotiations with #Turkey. A missed opportunity to show citizens we listen to their concerns. In my view we should put an end to the negotiations and start a new strategic partnership. pic.twitter.com/U7adrrjkJO

Turkey has been a candidate since 1999, but last November the European Parliament adopted a resolution asking for the negotiations to be temporarily suspended while repression continues in Turkey.

Turkey is an important partner of the EU. But in partnerships, the will to cooperate has to be two-sided. Turkey is not showing this political will as the government’s actions are further diverting Turkey from its European path
Members of the European Parliament

During a plenary debate in March 2017, Guy Verhofstadt, the Belgian leader of the Alde group, accused Turkey’s President Erdoğan of cynicism for advocating “freedom of speech” while journalists are imprisoned in Turkey. “Let’s freeze the negotiations on Turkey’s accession now, this is the only thing we can do now.”

MEPs are concerned about the deteriorating human rights situation. The foreign affairs committee went on a fact-finding mission to Turkey last August. Elmar Brok, who was chair at the time, said developments have taken Turkey farther away from the EU.” MEPs have also debated the situation in Turkey in plenary on several occasions.

In March 2016 the EU and Turkey concluded an agreement to tackle the migration crisis. The deal led to significantly fewer migrants reaching Europe illegally, however Turkey has threatened several times to suspend it, accusing the EU of not living up to its commitments.

MEPs have criticised several aspects of the agreements. During a meeting of the civil liberties committee in January Dutch EPP member Jeroen Lenaers said: “If we want to get it to work we need to make sure the conditions for hosting refugees are much better.”

The EU is by far Turkey’s largest export market (44.5%), while Turkey is the EU’s fourth largest export market (4.4%). Last December the European Commission proposed updating the customs union with Turkey and extending bilateral trade relations. Once negotiations have been completed, the agreement would still have to be approved by the Parliament before it could enter into force.