Switzerland votes in favour of free movement with EU 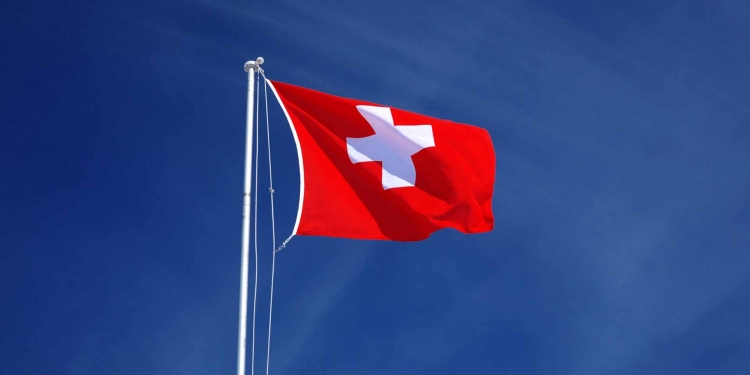 A large majority of Swiss voters have rejected by a 62% – 38% results a proposal to end Switzerland free movement with EU. Swiss citizens voted in a referendum, sponsored by the Swiss People’s Party, to end the free movement of persons into Switzerland from the EU. 61.69% of voters rejected the initiative.

With all referendum votes counted, nearly 62% said they wanted to keep free movement, while 38% were against. Swiss people send a direct message in a system of direct democracy. Swiss citizens are regularly invited to vote on various issues in national or regional referendums. Nearly 5.3 million voters were eligible to vote on Sunday to decide whether to end the pact with the EU in an important test of attitudes towards foreigners who make up a quarter of Switzerland’s population.

The chairman of the European Parliament’s delegation for Switzerland, Andreas Schwab MEP (DE, CDU), said: “The result of the referendum is proof that the Swiss citizens want to keep working with the EU. Switzerland and the EU are more than just very good partners. Every year Switzerland exports goods worth 109 billion euros to the EU.”

European Commission President Ursula von der Leyen welcomed the referendum result: “Switzerland and the EU are more than just neighbours. We have very close and deep ties, rooted in a long, shared, European history. I welcome this outcome. I see it as a positive signal to continue to consolidate and deepen our relationship.”

The right-wing Swiss People’s Party (SVP) – the biggest in the parliament – led the charge for Sunday’s referendum to take back control of immigration, echoing some of the arguments pro-Brexit politicians used in the run-up to Britain’s exit from the EU.

Switzerland and the EU

For several years, Switzerland and the EU have been working towards solutions for the remaining institutional issues in the area of market access (legal developments, interpretation, supervision and dispute settlement).

Switzerland and the European Union (EU) share history, languages, culture, and political values. On the world stage, the EU and Switzerland are like-minded actors, supporting each other in a number of areas, including:

Switzerland also takes part in several of the EU’s missions and operations for civilian crisis management.

Free Movement of People with Switzerland

As part of the Bilaterals I agreement, Switzerland and the EU concluded a deal on the free movement of people. This gives citizens on each side the right to live and work in the EU or Switzerland, provided they have a job or other source of income.

About 1.3 million EU citizens live in Switzerland and 450 000 Swiss live in the EU. Another 300 000 EU citizens cross the border daily to work in Switzerland. The free movement of people is a centrepiece of EU-Swiss relations. The deal cannot be separated from other agreements that give access to the EU’s internal market.

Switzerland has also been associated with the EU’s student and youth mobility programmes. Since 2014, it has taken part in the Erasmus+ exchange programme as a third country.

Through a range of bilateral agreements, the EU has closer ties with Switzerland than with any other country outside the European Economic Area (EEA). Switzerland follows several EU policies relating to:

Although Switzerland is not an EU-member it participates in the definition of the Transeuropean Network for Transport, since it is crossed by the Rhine-Alpine corridor and located in a central point on the routes between northern and southern Europe. In addition, crossing the Alps makes it a priority for the development of modern corridors, both for passengers and freight. Transit through the Alps is a reality thanks to the large Gotthard and Lotschberg.base tunnel projects

Switzerland is highly integrated with the EU internal market, including the aviation market, and is a very important partner for the EU. An EU-level air transport agreement between the EU and Swiss Confederation was signed on 21 June 1999 entered into force on 1 June 2002. This comprehensive agreement allows all EU and Swiss airlines to operate direct flights between any airport in the EU and Switzerland.

It thereby delivers mutual benefits, provides a platform to take EU- Switzerland aviation relations to a new level and serves to build an ambitious – both broad and deep – aviation partnership.

Towards an enhanced partnership with Switzerland

Switzerland and the EU are key economic partners:

The EU’s economic and trade relations with Switzerland work under the free trade agree­ment of 1972, and by the Bilaterals I agreements of 1999. These agreements give Switzerland direct access to key sectors of the EU’s internal market, including:

Switzerland’s participation in further areas of the internal market, such as electricity or services, depends on the conclusion of the institutional framework agreement.