UN warns against ‘backsliding’ in Ukraine 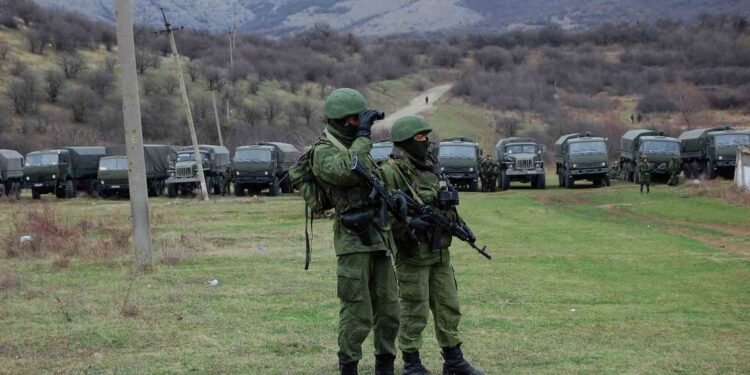 Although a ceasefire in Eastern Ukraine has led to a significant decrease in civilian casualties, the overall situation remains fragile. The conditions is strange, unless progress is made on the security and political fronts, the UN’s political affairs chief told the Security Council on Thursday.

Under-Secretary-General Rosemary DiCarlo briefed ambassadors who met virtually to mark the fifth anniversary of a deal to end fighting between Ukraine Government forces and mostly pro-Russian separatists, known as the Minsk II agreement.

‘No reason for complacency’

The ceasefire that came into force last July came from a summit held in December 2019 between France, Germany, Russia and Ukraine. It was welcomed by the UN Secretary-General who had earlier appealed for a global ceasefire during the COVID-19 pandemic.

Ms. DiCarlo described the truce as a welcome development, together with the release and exchange of detainees, but said challenges remain, including in delivering aid amid the pandemic. “The fact that the ceasefire has largely held up and that  discussions continue in the established formats is no reason for complacency. Nor is it a substitute for meaningful progress. The risk  of backsliding is real if negotiations become deadlocked”, she warned.

This dangerous trend needs to be quickly reversed.

Ms. DiCarlo expressed concern over the recent increase in security incidents along the contact line separating Government-controlled territory and regions held by separatists.

While violations have reduced since the ceasefire, adherence has weakened over time, according to Halit Cevik of the Organization for Security and Cooperation in Europe (OSCE), which has a Special Monitoring Mission to Ukraine. “Meanwhile, other violations continued despite the commitments from the sides,” said Mr. Cevik, the Mission’s Chief Monitor. He reported that improvements to military structures were observed on both sides of the contact line, while heavy weapons and “military-type positions” have been spotted in civilian areas.

The parties had also agreed to open two new checkpoints along the contact line by last November. The move would have facilitated aid delivery to people who had been relatively isolated, said Heidi Grau, Special Representative of the OSCE Chairperson-in- Office.  “Unfortunately, three months after the scheduled opening, both checkpoints remain unilaterally closed while negotiations on technical details are ongoing,” she said. “And yet, I remain optimistic that these questions can be solved and the checkpoints opened soon.”

The Association Council reaffirmed its continued commitment to strengthening the political association and economic integration of Ukraine with the European Union on the basis of the Association Agreement and its Deep and Comprehensive Free Trade Area (DCFTA) and to the common values enshrined in it.

The Association Council underlined the unity, solidarity and mutual commitment demonstrated in the face of the COVID-19 pandemic. The EU reiterated its readiness to help Ukraine gain early access to vaccines and support its vaccination campaign through a regional project with the World Health Organisation launched today. The Association Council looked forward to the resumption of non-essential travel for our citizens, once the epidemiological conditions allow.

Humanitarian access remains a significant challenge in Eastern Ukraine, where more than 3.4 million civilians, mainly women and elderly persons, still require sustained assistance.  The pandemic has only worsened the situation, with freedom of movement across the contact line further restricted.  Ms. DiCarlo stressed the need for action on both sides.

“We urge all actors with influence to help lift undue restrictions on freedom of movement across the contact line and secure the  opening of additional exit and entry crossing points,” she said.