UN report: The world happiest country is in Europe! 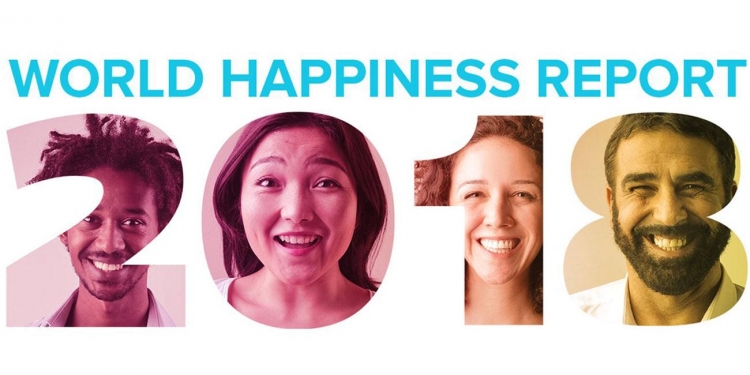 The world happiest country is in Europe!

Finland has overtaken Norway to become the happiest nation on earth, according to the UN report. The top four places are taken by Nordic nations, with Finland followed by Norway, Denmark and Iceland.

For the first time the UN also examined the happiness levels of immigrants in each country, and found Finland also scored highest.

The UN report devotes a special chapter to why the US, once towards the top of happiness table, has slipped down the league despite having among the highest income per capita. Venezuela recorded the biggest fall in happiness, outstripping even Syria, although in absolute terms it remains a mid-ranking country. The report notes that Latin American countries generally scored more highly than their GDP per capita suggests, especially in contrast to fast-growing east Asian countries. Latin America is renowned for corruption, high violence and crime rates, unequal distribution of income and widespread poverty, yet has consistently scored relatively highly in the happiness report. The authors attributed this to “the abundance of family warmth and other supportive social relationships frequently sidelined in favour of an emphasis on income measures in the development discourse”. The 2018 World Happiness Report also charts the steady decline of the US as the world’s largest economy grapples with a crisis of obesity, substance abuse and depression.

Nordic countries’ ‘happy’ reputation masks sadness of young, says another report co-authored by the Happiness Research Institute in Copenhagen and the Nordic Council of Ministers!
The Nordic countries top the polls as the happiest in the world, but the assumption that life in Scandinavia is all bicycles and big smiles disguises the sadness of a significant minority of young people, it has emerged.

EU Debates! You?
Do you feel Happy as European?