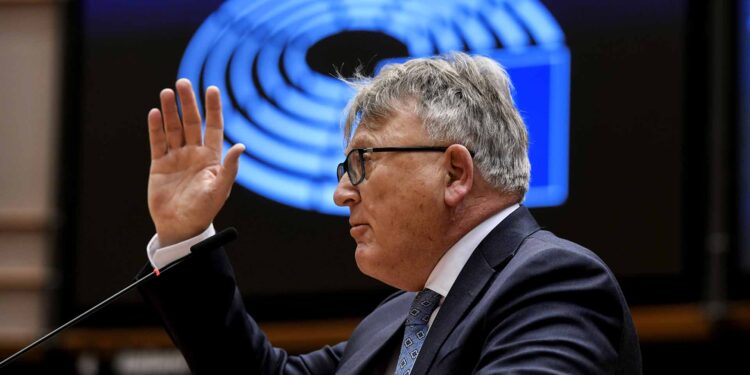 To fight inequality and in-work poverty, MEPs call for a minimum wage, equal labour conditions for platform workers and a better work-life balance. The principle that ‘work is the best remedy for poverty’ does not apply to low-wage sectors, and those working under precarious and atypical working conditions. MEPs therefore urge the Commission and member states to include the prevention of in-work poverty in their overall goal to end poverty in the EU.

MEPs welcome the Commission’s proposal for an EU directive on adequate minimum wages. This is an important step to ensure that everyone can earn a living from their work and participate in society. The directive should ensure that statutory minimum wages are always above the poverty threshold, they stress.They also make clear that employers should not deduct the costs for carrying out work. These costs are accommodation, the requisite clothing, tools, personal protection and other equipment, from minimum wages.

The legislative framework on minimum working conditions must be enforced for all workers as another important element of the fight against in-work poverty, MEPs underline. This includes atypical or non-standard workers in the digital economy who often work in precarious conditions. These workers must also be covered by existing labour laws and social security provisions as well as being able to engage in collective bargaining, they add.

Transposing and implementing the Work-Life Balance Directive is key to fighting poverty and inequality, MEPs say. Given that women are more at risk of poverty and social exclusion than men, tackling the gender pay gap and guaranteeing access to affordable and quality childcare are important steps in this respect.

“The EU is one of the wealthiest regions in the world. However, 95 million Europeans live at risk of poverty. For this reason alone, we need urgent action to ensure a life free from poverty for all. Across Europe, we need social minimum standards and strong social security systems. We need wages and income that allow for a decent living. We should not allow economic interests to override social protection”, said rapporteur Ӧzlem Demirel (GUE/NGL, DE).

Same minimum wage for all EU countries is not possible!

According to Eurostat’s definition, individuals are at risk of in-work poverty when they work for over half the year and their yearly disposable income is below 60% of the national household median income level after social transfers. Eurostat figures show that 9.4% of European workers were at risk of poverty in 2018. Low wages have not increased at the same rate as other types of wages in many member states, exacerbating income inequalities and in-work poverty and reducing the capacity of low-wage earners to cope with financial difficulties.

With the EU failing to meet its 2020 target to lift 20 million citizens out of poverty, the European Parliament voted to approve MEP Özlem Demirel’s report. This is the ‘Reducing inequalities with a special focus on in-work poverty’. It send a strong message to the Commission that the issue can no longer be put on the back burner.

The Covid-19 pandemic has plunged the EU into a social crisis. Already brewing before the pandemic, due to the prevalence of precarious work, in-work poverty and weak social nets.

The proposals developed by MEP Özlem Demirel (DIE LINKE, Germany), now supported by a majority of MEPs. The report calls for a more central role for the trade unions. Also it includes the strengthening of collective bargaining, adequate statutory minimum wage and recognition for platform workers.

Demirel has also called for an end to the practice of zero-hour contracts. She also added that companies registered in tax havens must be barred from access to the Recovery Fund, among other measures to strengthen the European Pillar of Social Rights.

1 in 5 Europeans is at risk of work poverty

“The EU is one of the wealthiest regions in the world. There’s an unbelievable wealth accumulation here. Yet, one in five Europeans, some 95 million people, are threatened with poverty. Almost six percent of EU citizens endure extreme material deprivation,” Demirel said. She highlighted that the pandemic has made things much worse.

“My report, now approved by the European Parliament, calls attention to the staggering levels of inequality, with a focus on in-work poverty, the fact that many workers cannot live off their salaries alone. We need Europe-wide minimum standards, strong social security systems, we need pensions and wages that guarantee dignified living.

Even before the crisis while unemployment was declining, income inequality did not follow the same trends. In the EU, the income of the richest 20% was five times higher than that of the poorest. Ms Lagarde was here to address this Parliament and when she was at the IMF she put inequality as a major challenge for our societies. Recently she said, and I quote: ‘The bittersweet reality is that despite economic growth, there are still far too many people who are left out.’ Yes, the income share of the lower 40% earners has stagnated for many years, even in periods of economic growth. Equal access to opportunities remains a challenge, especially for children from disadvantaged backgrounds, and as President von der Leyen has put it in her political guidelines, we need equality for all and equality in all of its senses.

MEPS plan to tackle in-work poverty in the EU

Gender gaps in employment and pay were stagnating before the crisis and are now at risk of widening. Yes, women’s over-representation in lower-paid sectors and occupations, the front-line workers, made them particularly vulnerable. Closed schools and reduced services did not help balance carrying the responsibility between men and women. As rightly pointed out in the report, in-work poverty strips work of the basic purpose of providing a decent life. In-work poverty was already high on our agenda before the outbreak of the COVID-19 crisis. We saw the last recovery did not reach all workers to the same extent. And we are committed to Principle 6 of the Pillar of Social Rights, I quote: ‘In-work poverty shall be prevented.’ And this means also that we have to combat precarious work forms.

We need common criteria concerning the fight against inequality, because equality cannot be won by action at EU level alone. It requires Member States, regions, local authorities, social partners and civil society to actively work on the implementation of the Pillar principles including by looking more at the distributional impacts of policies. The next Multiannual Financial Framework and the Next Generation EU can support the right policies. In the MFF, the European Social Fund+ will be entirely dedicated to employment, education and social measures. The preparation of the national Recovery and Resilience Plans provides Member States with ample opportunities. To support economic and social upward convergence.

It is absolutely true that rising income inequality is the defining challenge of our time, as former President Obama put it some years ago. As this crisis has even amplified this challenge, it is urgent to act. Talking of competitiveness and growth does not make much sense, as Ms Lagarde said, for people whose work does not pay, as they do not actually enjoy that prosperity to which they finally contribute. Prosperity for all has been a major promise of Europe. Let’s be up to this promise.

Negotiations between the Council of the European Union, the European Parliament and the Commission now begin. 21 January was the deadline for launching a yellow card procedure against the proposal. Such negotiations, often finalize under a lot of time pressure. They can end in compromises which in the end might not seem particularly well thought through.